Well here we are, the end of 2015. I keep thinking that nothing major has happened this year, but really it’s been quite the year! Let’s take a look back on what 2015 was for me.

At the end of January I decided it was finally time to move out of my parents house, and finally get to live with Chris, rather than both of us struggling to live in my childhood bedroom. After lots of hunting, and often losing out to cash buyers, we finally had an offer accepted for a flat at the end of February. We were told that it would be a super quick sale, and we’d be in within 8 weeks. Great right? Wrong. It took around 5 months with a lot of shouting at the solicitors and threatening to back out of the sale before we finally picked up our keys in July. Homeowning has been great fun, and our flat is starting to look really pretty, but wow are we poor now. Turns out that both being on low salaries means we can just about afford to pay our mortgage, bills and buy food, but there’s not a whole lot of money left at the end of the month. But it’s all part of the adventure, and I wouldn’t change a thing.

As well as becoming homeowners, me and Chris also became parents this year. We adopted our beautiful furbaby Jeff in May, when he came into the cat shelter I volunteer at. Jeff is special as he’s completely deaf and has a very sad past which I’ve previously talked about, and he just melted my heart when I first met him. Since we’ve had him he’s bought so much joy into our lives, and he’s quite frankly, completely bonkers. As he’s deaf he’s very loud, oh so very loud. A lot of his life is running around screaming at things, and his favourite time to do this is 5am, thanks Jeff. Still knowing I’ve made one previously unwanted kitty happy, and given them a forever home makes me very happy.

I got to celebrate some amazing things with my friends and family this year, including seeing Chris’s sister get married and being able to share their special day with them, which was just the loveliest day!

I did a 5K mud run in September, which quite frankly, was the worst experience of my life. However, I got to do it with a bunch of lovely friends, who made it so much more fun, and mocked me when I lost my shoes… Despite that I still had a fun (ish) experience, and talked about what I learnt from the whole experience here.

To add to the most expensive year I’ve ever had, I also bought a new car this year. Well after a few expensive years of owning my Ford KA, I decided I didn’t want to fix it anymore, and honestly it was going to fail its MOT in January. So for once I bought myself a shiny new car in the form of a Toyota Aygo, and boy do I love it. It’s nice to drive a car without praying it won’t break down, so nice.

And there’s been so many fun times with my friends this year! Road trips, visits to uni friends, pub trips, days out, there’s just been so many adventures! I’ve also made loads of new friends this year, and got friendly with some people I previously wasn’t too close to before. It’s been such a lovely year for friendships, and they’ve all been amazing support when I’ve needed it.

Sadly 2015 hasn’t all been super happy times for me, it was also the year I gained a lot of mental health problems. 2014 was a horrible horrible horrible year for me, with many family issues, and the very close near loss of my mum with her stroke, and at the time I just dealt with it. I had to be the strong one, especially when my mum was in hospital because my dad needed that person to remain positive to keep him going, and likewise with other issues my parents have needed someone there for them. But this year my brain clearly decided it was all too much, and I suffered a sort of delayed reaction to the trauma I went through, and I got diagnosed with depression and anxiety. It’s been a horrible 9 months that I’ve been dealing with it, with it literally taking over my life at some points. It’s kept me awake at night convinced I was going to die, in floods of tears thinking about what my mum went through, and just generally being sad a lot. but as it’ll be 2016 tomorrow, that’ll mean it’ll have been 2 years since the bad things happened, and I hope that’ll be a little easier on my brain.
So that was my 2015, a crazy up and down year, with some amazing things happening, but a few low points. Hopefully 2016 will be a much kinder year. How was your year? 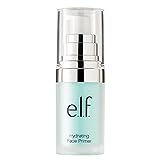